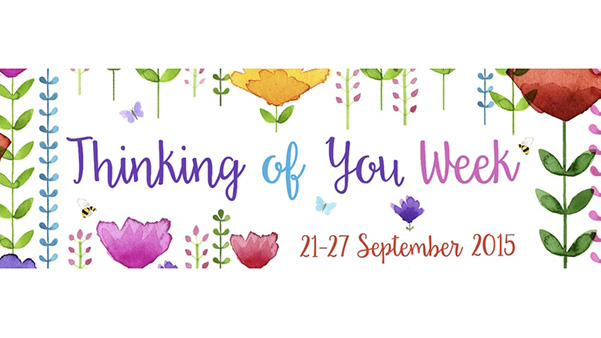 This year Thinking of You Week exploded onto the scene with a huge number of fantastic initiatives and such a strong field of contenders it was very difficult to pick out prize winners. Before we name the winners I’d like to give some special mentions to the GCA members who collaborated with some major high street names to produce some brilliant highly visible promotions. Hallmark for its promotions with its Gold Crown stores and with Morrisons, and UK Greetings for its collaboration with Tesco certainly deserve a special mention. Moonpig also carried out a brilliant social media campaign around the event. Independent retailers Artisan, in Rochford and Harriet & Dee in Didsbury also deserve a mention for their beautiful window displays. We highly commend all of these initiatives, which utilised the Thinking of You Week branding and the toolkit really imaginatively.

Thinking of you Week Prize Winners 2015
So without further ado, these are the Thinking of You Week prizewinners:

Asda for two special display units with full Thinking of You Week branding in all of its stores, each with five different cards from Ling and Carte Blanche as well as a UK Greetings  ‘hot spot’ within its Occasions section.

Asda also ran a Twitter party to help promote the week with its blogger ambassadors encouraging their followers to take snaps of themselves writing cards bought in Asda. Asda’s campaign was also very well supported by a Facebook competition run by Carte Blanche.

The Asda campaign had a huge reach, passing its Thinking of You Week sales target by Wednesday of the actual Week. A huge well done to goes to Emma Dean, Buying Assistant (Cards and Gifts) at Asda, who really went to town on this event!

Another retailer, which we felt deserved a prize for sheer creativity and wonderment and is Jarrolds, for its Alice in Wonderland themed Thinking of You Week display. This featured a table in the card department all laid out for a Wonderland tea party, two giant cut-outs of Alice and the Mad Hatter, a rose arch, and a Buy 3 Cards and Get 1 Free promotion for the week. On the first Saturday, Emma Guy, sales assistant and card specialist was dressed up in full Alice costume handing out jam tarts and encouraging customers to buy lots of cards.

Well done to Suzie Abel and her team for organising such a great promotion!

Our final winning prize goes to independent retailer, Earlybird in London’s Stoke Newington. Heidi Early owner of the shop was delighted with the terrific response to its children’s Design a Card competition, organised with a local school. All the entries were displayed in the window during Thinking of You week before a winner was chosen, then Earlybird printed up the winning design and sold this in the shop with all the proceeds donated to local charity Hackney Young Carers. The initiative has resulted in an ongoing relationship with the school, and Heidi has now given a talk for year 5 children about how it feels to receive greetings cards, how it makes you feel good and how important cards are in our social media age. Brilliant work Heidi!

Prizes are on winging their way to all the winners as I write!

Thinking of You Week received lots of lovely coverage in the GCA’s official journal Progressive Greetingsmagazine and in Greetings Today, and we received a huge boost with coverage in top consumer crafting title Crafts Beautiful magazine, which promoted the event to its 100,000 readership in the magazine and created some special online crafts projects.

Here is some of the coverage:

Coverage in Crafts Beautiful magazine
Thinking of You Week, Sharon talks about why she treasures cards, the importance of handwriting and the art of letter writing.

Sharon Little launches Thinking of You Week with a rousing talk at Sunday Assembly. See the video here

Greetings Today 21 September 2015
Getting in the Spirit – day two of Thinking of You Week with lots of lovely initiatives covered here.