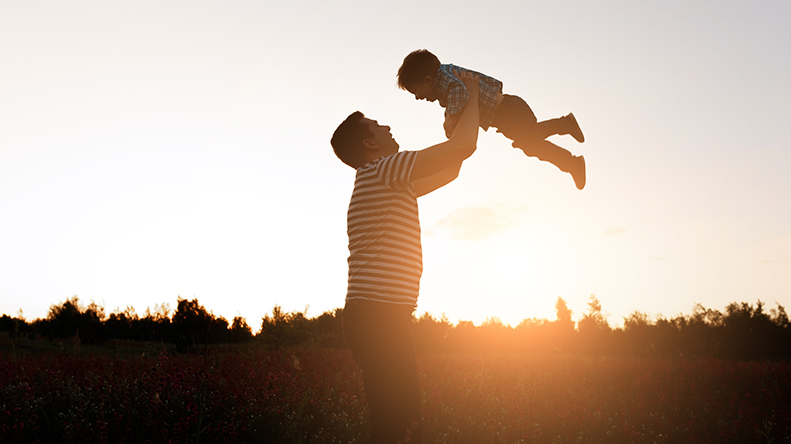 Father’s Day is celebrated around the world on the third Sunday in June, the day when Dad’s are treated!

In the UK we spent over £44m on Father’s Day cards in 2021, sending 21 million cards to our Dad’s on their special day, according to the Greeting Card Association’s 2022 Annual Market Report*, with 87% of consumers saying that they plan to send the same or more Father’s Day cards in the future according to the Greeting Card Association Consumer Survey Report** conducted in the summer of 2021.

The origin of the British Mother’s Day can be traced back to the 17th century, however the roots of Father’s Day go back to early 20th century America: In 1910 a Washington woman, Mrs JB Dodd, asked for a sermon on the value of fathers, her own having raised six children after the death of their mother. Shortly afterwards her wish for a permanent date to be set aside became reality when President Woodrow Wilson designated the third Sunday in June as Father’s Day. Now millions of Dad’s across the world also get a card and a lie in on that day too.

Early greeting cards to Father’s were often either very serious or jokey. In recent years, as our Father’s have become more involved day to day family life, a wider variety of designs has become available.

Greeting cards have played an increasing important part in British communication since the first Christmas card was sent in 1843 by Sir Henry Cole. Card sending in the UK increased dramatically in the early 20th century, with cards playing a particularly important role in communication during the two world wars.

Father’s Day cards grew in popularity following the post-war increase in greeting card sending in the UK. Cards increasingly became the chosen way to mark special occasions, express sympathy and just say Thinking of You. Scientific research undertaken in 2017 by Royal Mail demonstrated the impact of receiving a greeting card. Greeting cards are precious links to loved ones that are often kept for many years as reminders of relationships at any period in time, as one Dad demonstrated sharing a card he’d kept from his now-grown-up son.

Father’s Day is now an established calendar event where we annually remember and celebrate our Dad’s. The Greeting Card Association provides free down-loadable toolkit for retailers to use remind everyone to buy their cards! 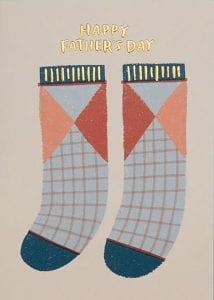 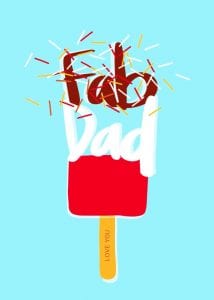 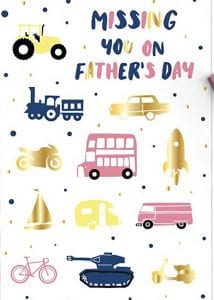 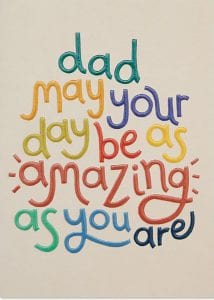 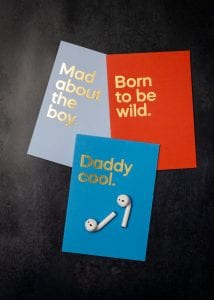 This fun 2021 Royal Mail film reminds us how important our Dad’s are:

*Source: The Greeting Card Association Annual Market Report which covers UK greeting card sales for single greeting cards in 2021 compared to 2020. The report shows a strong ‘bounce back’ from 2020 when retail sales were affected by the COVID-19 pandemic and closure of many non-essential retailers for long periods..

** Source: Greeting Card Association Consumer Survey Report conducted in summer 2021. This includes information on changes in purchasing during and after the COVID-19 pandemic.

For retailers, we put together a Fathers Day Toolkit to help with marketing your Fathers Day cards.

← Previous: Why do we have bunnies on our Easter cards? Next: Victorian Cards, Crackers and Christmas Themes →