Christmas card media coverage throughout the last quarter of 2020 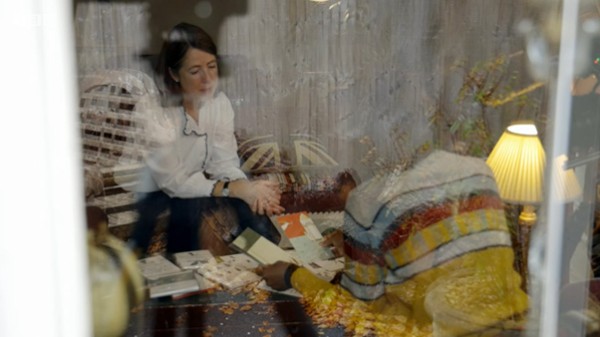 Christmas card media coverage has continued with many journalists contacting the GCA to ask if Christmas cards are more important than ever this year as they seek to find some good news stories:

The press calls this year started in October, earlier than usual, picking up on stories from many GCA members that people were buying more cards than usual, and earlier, leading to predictions of a bumper Christmas. This was of course before subsequent lockdowns of November and then again on the 20th December.

Sunday 20th December saw the first viewing of BBC 1’s A Very Country Christmas [23:03-30:15].  GCA member Laura Stoddart kindly agreed to be interviewed as the BBC were filming close to her home town. The result was a lovely piece of greeting card television with the BBC weaving in information from the GCA  and Max Publishing’s Jakki Brown, owner of one of the first Christmas cards. Laura explained to journalist Angellica Bell that she had “sold Christmas cards every single week of the year, even through the summer” and also spoke about our work as an industry to improve our environmental footprint.  Angellica  confirmed that she posts her cards on 1st December, explaining the joy it brings her “to let people know she loves them and are thinking of them”.

GCA discussions with iNews journalist, Susie Mesure, lead to an article on 13th December headed Christmas card sales are booming during the Covid crisis as we send our love this year and a further piece from iNews on 18th December, quoting greeting card industry market research and giving insight into the origins of Christmas cards, also sharing more up to date cards from the last century to show how cards reflect the trends and history of the time.

GCA CEO Amanda Fergusson also did a number of BBC radio interviews around the country, such as this one with Lesley McCabe for BBC Radio Surrey on  14th Dec 2020 [3:52:40 until 3:56:48] asking “Are we sending as many cards”?

The Royal Mail research, published on 25th November, saying that 11% of UK adults plan to send  more Christmas cards backs up what we  have all found in 2020 – that greeting cards have been more important than ever in 2020 as a way of keeping in touch with loved ones.

BBC’s Angellica Bell summed this up “the biggest and most  important [British] Christmas tradition is the sending Christmas wishes to friends and family”.

← Previous: Royal Mail changes - have your voice heard through the GCA Next: Eid - the opportunity for greeting card retailers and publishers →

This website uses cookies to improve your experience while you navigate through the website. Out of these cookies, the cookies that are categorized as necessary are stored on your browser as they are essential for the working of basic functionalities of the website. We also use third-party cookies that help us analyze and understand how you use this website. These cookies will be stored in your browser only with your consent. You also have the option to opt-out of these cookies. But opting out of some of these cookies may have an effect on your browsing experience.
Necessary Always Enabled
Necessary cookies are absolutely essential for the website to function properly. This category only includes cookies that ensures basic functionalities and security features of the website. These cookies do not store any personal information.
Non-necessary
Any cookies that may not be particularly necessary for the website to function and is used specifically to collect user personal data via analytics, ads, other embedded contents are termed as non-necessary cookies. It is mandatory to procure user consent prior to running these cookies on your website.
SAVE & ACCEPT
X
X